WHAT ELSE YOU MAY WANT TO KNOW BEFORE YOUR CALL….

Bill’s 12 Week Customized Training Program, specifically to achieve your goal. I consider your lifestyle habits, work schedule, equipment/facility availability, past injuries and training background, and will revise/update your program every 4 weeks to ensure you are adjusting to your new increased fitness level.

Bill’s Customized Nutrition Program compliments your training and lifestyle to help reach your fitness goals faster. Simple to learn, the plan is modified every 2 – 4 weeks, if needed, to ensure variety and optimum goal attainment. Included: TONS of recipes and a food shopping list to take the guess work out of it!

Bill has developed an interactive Mindset Training Course that challenges your thinking and delivers lasting change. After training 1000s of champions, Bill discovered the necessary mindset needed to succeed. He includes “homework,” ensuring a deeper understanding on how to unlock your full potential. Bill personally shows you how to adopt a growth mindset, and create change in your body and life. Motivation becomes easy instead of tapping into will power. 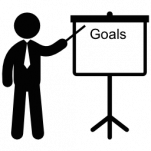 Coaching Calls – Bill will personally call you every week to talk about your training, nutrition & mindset. Bill will coach you through challenges you may be having, and give the guidance needed. With your own personal coach, these calls are a great way to stay motivated and on track with your goals.

24/7 Support & Correspondence via text with Bill – You will be guided every step of the way, between coaching calls. Having 24/7 access ensures you never lose motivation and stay on track. Bill is committed to your success!

Full Access to an exclusive private online Facebook group to enhance support, motivation, & accountability with like-minded clients. Be a part of a forum where you uplift one another and encourage each other along your fitness journeys.

How the Program works – You will have direct access to Bill’s website, where he will provide programming, track & record results, conduct technique & video analysis, and communicate directly. The first 4 weeks, you will work more frequently together to gain momentum; Bill will be checking progress daily, coaching and issuing feedback. You will have 15-mim weekly coaching calls, adjusting programming if necessary and ensuring you are on track.

Programming is customized for each individual. You don’t require access to a gym; however, it would be ideal. The PC and app login provided will make it very simple to perform anywhere.

Bill Yeager’s Online Mentoring Program was designed to make it as affordable as possible to work with Bill 1-on-1. There are different options available from $150/week to $59! Schedule a call now to learn more.

Everything you need for amazing, long-lasting results! 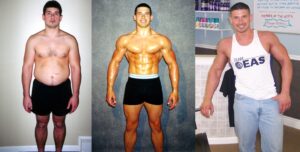 I’m not here to mess around. I’m here to transform lives. 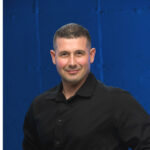 Bill Yeager is a leading success coach, personal trainer, inspirational writer and fitness enthusiast. He’s helped over 500,000 people worldwide become inspired to transform their lives most widely known for becoming a Body-for-Life Champion for the 2001 Challenge. He is a fitness entrepreneur, the author of several fitness articles, books and president of a personal training facility in Connecticut, aids as an adviser to other fitness businesses nationwide.

For over 20 years Bill Yeager has been absorbing education about fitness and physique development. Through his passion for physical change and constant research as he grew up, Bill focused on his own physical changes always trying new techniques to be the strongest he could be. Many people would always ask him questions about training, as he led by example of his own physique. Bill continues to lead by example as a worldwide leader in physique transformations. Bill has also been featured in many popular fitness magazines, television, Internet, radio, newspaper articles, advertisements, newsletters and nationwide fitness camps. His endeavor began by empowering people with techniques on how to build stronger bodies, minds and better lives by embracing a healthier lifestyle.

Born in Cheshire, Connecticut, Bill participated in many sports. He was guided by his passion for change and drive for knowledge about how to build muscle mass for explosive strength and protection from injuries. As he got older and focusing more on training, he found he enjoyed the strength and conditioning more than the actual sports. At age 17 Bill was asked to join the State Open Weightlifting Contest by the Cheshire High School football staff. That year he broke the maximum bench press record in front of over 23 high school teams, schools and contestants, by lifting 320 lbs. above his chest.

At the age of 19 Bill was trying to make ends meet by becoming an automotive technician then a contractor, Bill veered away from his fitness routines. His demanding job as a contractor working in a negative environment reflected on his attitude, happiness and body, becoming overweight and grumpy to his family and friends. 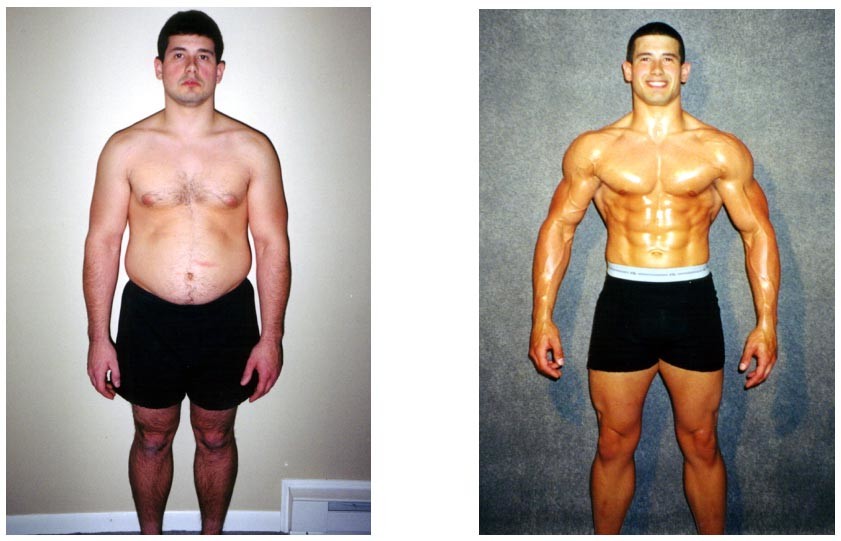 How the Transformation Began

One day, one of his friends asked him to go to a local gym for a workout. When he got there and picked up the weights he realized his body had become so much weaker and flabby, with not enough energy to proceed. Unhappy with his physique and a strong will, he began to “diet” and exercise. The problem was that he ate only salads and ran around the block every night. This made him smaller and skinny looking with very little muscle. Not what he had in mind. Now in a smaller frame and body and slower metabolism Bill became very discouraged, quickly gaining the weight back.

About one year later still unhappy with his health, Bill decided to take a more educated approach to physique development. Bill read many books consuming knowledge about proper nutrition, supplementation and strength training. Some of these included teachings and motivational strategies by Bill Phillips and Anthony Robbins. After his new up to date views he decided to make another attempt at changing his body. Since 1997 EAS has sponsored the 12 week physique transformation contest, including many valuable prizes. The time was perfect. The way Bill felt was that if he could change his body, great! But there was more- he had a burning desire to win. Why? Bill loathed his job so much he knew the negativity around him was destroying him. Problem was, he made good money so he stayed to make ends meet. If he could win this contest he could change his life and become an example to others and work for EAS the world leader in sports nutrition and fitness strategies. This was his way out! After completing the challenge he waited 9 long months with strong hope that he may be one of the winners. Sure enough, in January of 2002 Bill received a phone call from all the judges saying that he had won!

Bill left his job as a contractor to capitalize off his new opportunities. He found he had reached his goal with chances to work for EAS, Bill decided to put them on hold. His new desire and purpose was to show ordinary people like himself how simple and fast it can be to transform their physique through proper exercise and nutrition.

Through further and extensive research Yeager developed a keen understanding and clear vision as to the importance of nutrition in the development of a stronger, healthier body. These interests lead to collaborations with nutritionists, physicians, physical therapists, top scientists and researchers of the world through EAS.
Since 2001 Bill has believed that a structured one on one training program is what people need to succeed, an environment empowering people with techniques to improve their physical and mental strength. Building his culture off those principles he believes in reaching down and lifting others up in an honest and positive environment.

After setting goals and reaching them during the competition, Bill found he changed his physique dramatically. But, this was just the beginning. He didn’t realize until later that he built a foundation for a lifestyle. Now having the energy and the ability to think clearer Yeager has the new confidence that when you put your mind to something you can accomplish anything!

For several years Bill is Proud of being very active in the Community and with Fundraisers. Leading by example, Bill feels very strongly that we all need to appreciate what we have and contribute as much as possible. “The best exercise we can do is to reach down and lift others up!”

I’m eager to learn more about you!